What Can An As Built Survey Do For You?

Home > land survey > What Can An As Built Survey Do For You? 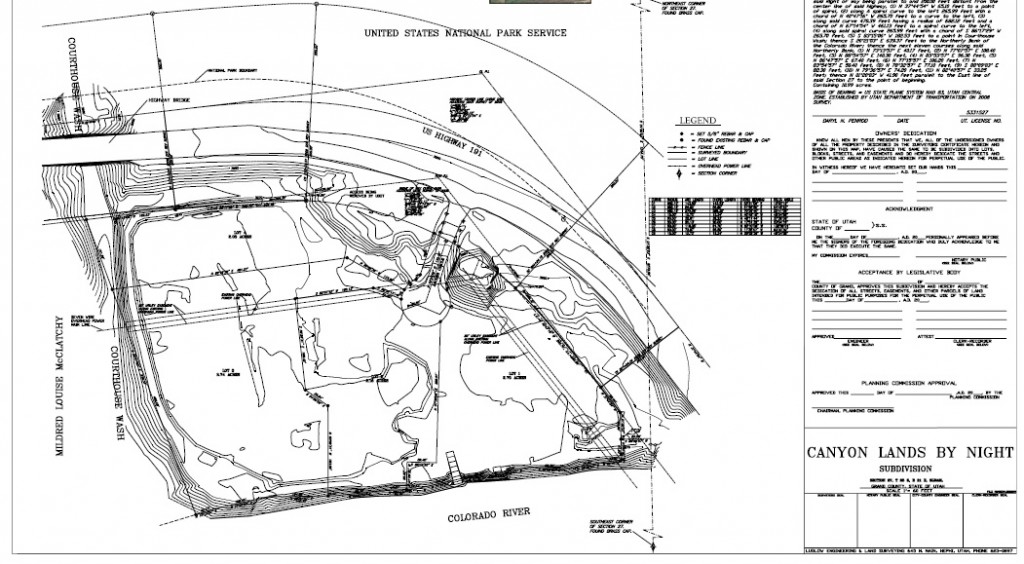 What can an as built survey do for you?

As Built Survey – Accuracy in mapping the changes is critical when making an as-built survey. When completed with high standards of accuracy, it can be used to document hidden piping, underground utilities and conduits. A good example would be the construction of a tunnel. An As-built survey can be done to check the tolerances of the tunnel structures and if the specified clearances were made and sufficient enough for their purpose.

The technique is to ask another contractor to do the as-built survey for verification of the existing conditions documentation. It is meant to show the conditions of the work as it was actually constructed. As you very well know, you need to present the final as-built survey so you get the Certificate of Occupancy (CO) for the building. An accurate as-built survey is a strict requirement for some states. This will confirm that the building has been constructed according to the approved plans.

As built surveys serve many purpose and can be used to comply requirements in a wide range of projects. Drainage authorities normally require as-built sewer records. Local authorities may need to determine the location of steel beams. The survey is a very important component of a contractor’s scope of work.

You should not overlook making an as-built survey at the beginning of the construction process. Some contractors are sloppy and just put illegible drawings stapled to documents. You should avoid this costly mistake, because in the end you will realize you cannot get your certificate of occupancy without the as-built survey.

How does An As Built Survey work?

An existing work site or a new work site can be surveyed to create as-built drawings. Our engineers and technicians will take measurements of the building floor plans, topography, site improvements, or document all activities that have been carried out during the construction to show and note what has been completed and highlight what needs to be completed. Problems only arise when they do not conform to the zoning and other local regulations. You can request for the scheduling of adjustments from your contractor based on the report generated from the as-built survey.

Why you need the as-built survey?

The as-built survey can demonstrate and verify any improvements made based on the design plans or codes against the actual. It can be used to aid additional designs on top of what was already built. It shows the location of utilities, such as the gas lines, telephone lines, power lines, curb, parking lot features, sanitary sewer, utilities, storm drainage facilities, and other building structures.

Most building facilities lack accurate site data or as-built survey. Without the as-built documentation, you may find it difficult to access and know your existing building structures. Improvement may include trails, dikes, public access roads, private access roads, outfall and intake lines, lagoons, pipelines, engine room, or above and below the ground structures. Without accessible site data, it would be costly to follow the old line for modifications and updates.

Accurate site information and drawings are needed to guide future repairs or site expansion. Usually, changes in the drawings are being documented and highlighted in the as-built drawings. Accurate as-built surveys are critical and useful for future development, maintenance of site, to confirm conformance and compliance of engineering plan specifications and most specifically, in accounting any variations made from the original plan.

Variations are usually scrutinized and reviewed in order to compare the shape, size and position of the feature against the designed dimensions. This is important in maintaining quality control. Most sites needing expansion of its existing physical structure definitely need the as-built drawing as the base of the new extension design. In short, it is a platform from which you can base the new designs.

Just imagine putting a wire or piping and then pouring cement over it. Three years from now something happened and you need to locate the structure. Unfortunately, you did not have any as-built survey done to document its existence, so the easiest and best solution at the moment is to build another line for it. Do you think you can afford to spend thousands of dollars again when the structure is just right there? Beyond the construction and the expansion is the proper documentation of the existence of building structures.

This part is most critical. The as-built records can easily note the existing structures as you continue to build new designs on top of the old work. This usually happens when there is a change of the land ownership. Most new owners would want to make improvements and essentially, the as-built survey maps out the existing structures of the property.

It is important what you have to determine how much cost and how much further a property can be developed. You need to know and gather more information about the spatial relationship that exist between the improvements and the boundary of the property. The as-built drawings have all the information needed to help you keep minimum setback lines in your telecommunication project, drainage sewers, service covers and curb lines.

As-built drawings are supposed to show the final condition of the work as it was accepted. Maintaining a good as-built construction documents indicate well-defined accountability, discipline, and proper use of resources. If you want a well-organized recording and documentation of your work, have a qualified engineer perform your as built survey now.

How to order a Land Survey